My husband and I went to Ukraine in July to celebrate my great grandma’s 95th Birthday. The last time I’ve visited her and relatives was 8 (!!!) years ago so I thought – definitely it’s time to go. Tickets cost us just £54 (Skyscanner) each both ways, which is pretty cheap + train and taxi to the village. I think overall we spent not more than £110 each including all tickets, food etc..

So we started quite early, the flight to Kyiv was at 6:45 AM. We took the car and parked it at long-stay parking space (+ £60 for a week), which is still cheaper than If we took National Express :D. From there we took a free bus to the terminal which comes every 5-10 minutes and it takes around 15 to get to the terminal. Because Ryanair wasn’t late this time (we were shocked!), we didn’t have time for breakfast and coffee so got some sandwiches and went right to the boarding. 3.5 hours later – hello Kyiv, hello Borispol!

I’ve never flown to Kyiv before, only went by train so I was a bit confused about how to get to the city..we had 8 hours before the train and were starving and quite tired + I had to find wifi asap and get a decent part of work to be done because 3G cost a fortune (roaming…’cause Ukraine is not quite in the EU yet). We tried a bus first. It costs 20 UAH (£0.64) to get to the metro and metro ticket costs just 6 UAH (£0.19) per person.

So we spent around half an hour on the bus because they struggled to get enough people for one travel. At some point shuttle coming from another terminal hit the side view window and smashed it. Along with that some part of the front window cracked, of course, we couldn’t get anywhere from there. Money was returned and we were suggested to wait for another bus (5-10 minutes) but we were so tired that decided to get a taxi. Uber cost us 180 UAH (£5.75).

So that’s where the cultural shock hit Dec at first. 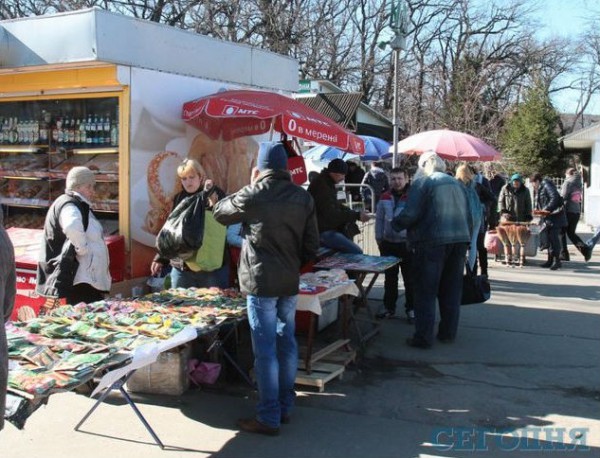 We are in Kyiv! We have found a nice place to eat, haven’t found any traditional Ukranian food yet but found wifi!  After a few hours, we decided to go out because needed some fresh air. Walked quite a long distance to  local sightseeing:

I think Dec was also shocked by churches. First of all, how gorgeous they are, second of all, how much money was invested in them all – paintings, golden tops, golden details inside, no donation-based candles, but you have to pay for them. He also adored the singing in the churches. Because it’s also very different from the English ones, he enjoyed listening to priests singing in the church (perfect acoustic as well).

Walking quite a distance we finally reached the train station and that what put Dec in a bit of shock. A LOT of drunk and homeless people were walking around…maybe waiting for the train, maybe just spending some time inside the building. Actually, another thing I forgot to mention is an amount of homeless old people on the streets…or if not homeless but very poor asking for money here and there.

When went to a small local cafe to get some snacks with us, while we got sandwiches, juice, some men were just buying shots of vodka.

“Boarded”, took our beds. Yup, not seats, beds 🙂 We were very excited to finally lie down and have some sleep, also because Dec has never slept on the bed in the train! Around 1:30 AM arrived in Shostka and from there took a taxi to Kovtunovo village where my untie met us and after some tea, we finally fell asleep. Long day, lots of emotions, work, walking, travelling and some cultural shock for Dec.

I will tell you more about our Village holiday in the second part very soon!

THIRD TRIMESTER!! 3 days away from the due date people!!! Listen to the fresh podcast 😉

5 ways to Declutter your flat/house/room! Free up some space!

Why did I start decluttering?   I should start with the note that I've always thought that I don't buy useless things. Then I watched Netflix show - Minimalism: A

I used to think that interest to try new things is not good as I wanted to learn a lot but used to try it and drop it. I was

The second episode of this season of podcasts. I do promise it won't be just about the pregnancy, however this one is about the 2nd trimester! Need to sort out

Some things to share. I've decided to put this one into a podcast. The topic is for women and men as well, don't get scared by the name of the

Why do I choose to stress out?

Heya, everyone! Long time no posts, no chats, no..nothing really. I've been quiet due to some changes in life, which I'll share later on #secretnotsecret.   With all that Covid

#COVIDUPDATE: Can’t get my driving license due to COVID19 – hence, I can’t drive.

In 2 days neither me or my husband can drive a car. This sucks big time people. We've got a car, Dec has his provisional license, so he can drive

Everyone is talking about Covid-19. Social media goes crazy, news, everywhere online. I don't read the news, so I find out what's going on from family and friends. As

Don’t overload yourself with expectations.

I build too many expectations for myself and it doesn’t work well .. ⠀ Yup. Self-talk is a powerful thing. And when we build expectations around our life every

This cute face's name is Lola and she is our new family member! We (okay, more me than my husband :D)  wanted to get a puppy for quite a while

I cry when I tell myself “I LOVE YOU”.

Sounds odd, doesn't it? Of course, we love ourselves, even if sometimes some people might think they hate themselves, deep inside it's not true. I don't believe it.

Feltwell is located near the city of Cambridge. Feltwell is a village with a population of just over 3,000 people.   Contrary to the frequent Soviet stereotypes, villages in

Leeds, Ilkley Moor, traveling closer to the north of the UK